The full team were introduced to a Swiss addition at the Miner’s then we headed straight to work. The plan was for me and Luke to go to the pointy end to bolt climb up Sooty and Sweep, found last week, whilst the others followed along behind taking photos and showing MJ about.

On the way I managed to nearly fall down Shattered Dreams pitch when a foothold broke. Then Luke nearly got shattered at the bottom of Inglorious as a football sized rock fell from the top and glanced off his shoulder, knocking him flying but still in one piece. These things happen in threes so we were really careful from there on. Arriving at the bolt climb your idiot author then realised that he’d not picked up the bolt climbing rope from the Cussey breakthrough ladder. To go back and get it is a good (rubbish) 40 minutes round trip so after a few minutes deliberating whether we should just head back to the pub or maybe continue without the rope(!) we decided to both go back and get it. All of the points that Team Awesome had already lost so far were then massively made up for and more when we realised that Jon had collected the rope and brought it with him, and they were only 5 minutes away! Reet happy. We left them taking photos and went back to the climbs. 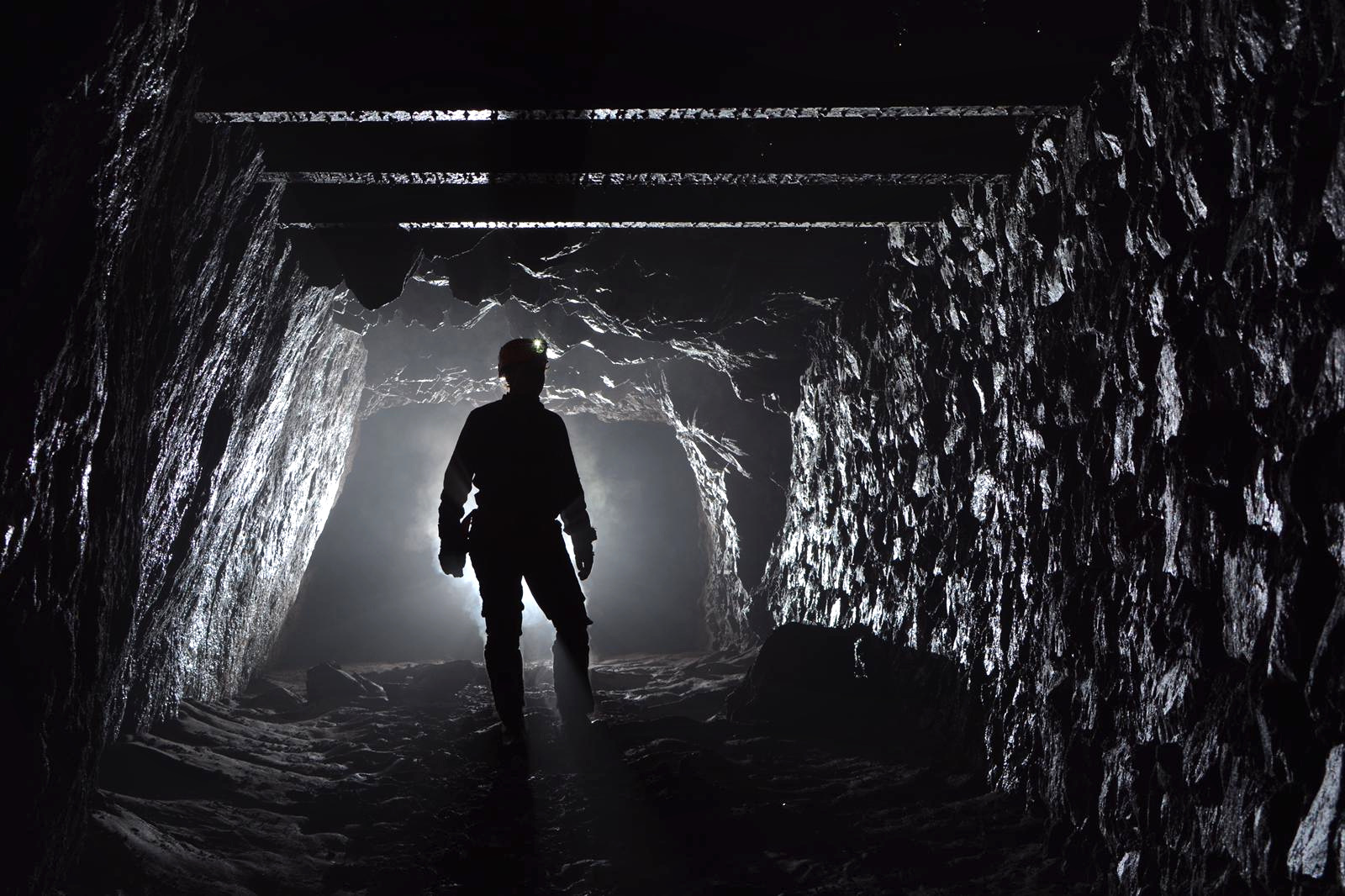 MJ in the level heading towards Sooty and Sweep, by JonP

Both climbs looked quite short, maybe 6 or so bolts, but Sooty was my favourite due to the black walls suggesting the draught went that way. Unfortunately the first bolt proved that most of the rock was actually more like hard mud and we’d have been better off with ice axes. A few bolts up I was very glad we didn’t decide on doing the climb without the rope! Oh, and i'd forgotten etriers which made for some hilarious antics. Luck and light thoughts got me to the top and I finally installed a Y-hang in some good rock in the roof. From here I could see through a small gap over a pile of boulders into a dark level taking a huge draught! 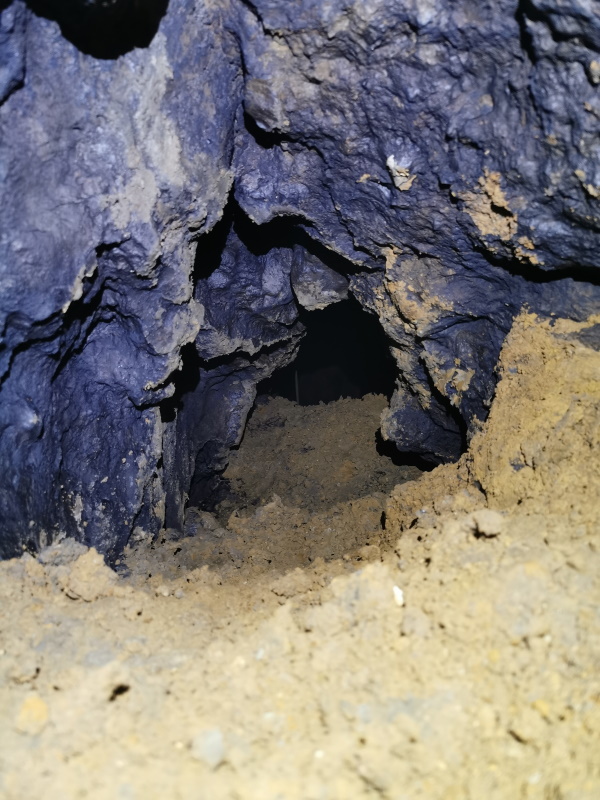 Entrance crawl after digging it wider, rope just visible at the end

Just as the photo team arrived I dived into this crawl head first, realising only then that it was actually very small and so took 5 inelegant minutes to get my fat arse through. What lay beyond looks like very old mine workings. I followed the level for maybe 20m, mostly stooping height with the occasional stemple in place still. I stopped where a nice looking climber shaft drops in from above which looked about 7m high. A good echo from above and some of the draught going that way make that a good lead for next week. Straight ahead the level continues and takes most of the draught. Game on! With two leads to go at and nobody else seemingly keen to come up tonight I turned around, took some video, and headed back to the rope, digging out the entrance crawl a bit bigger whilst passing. 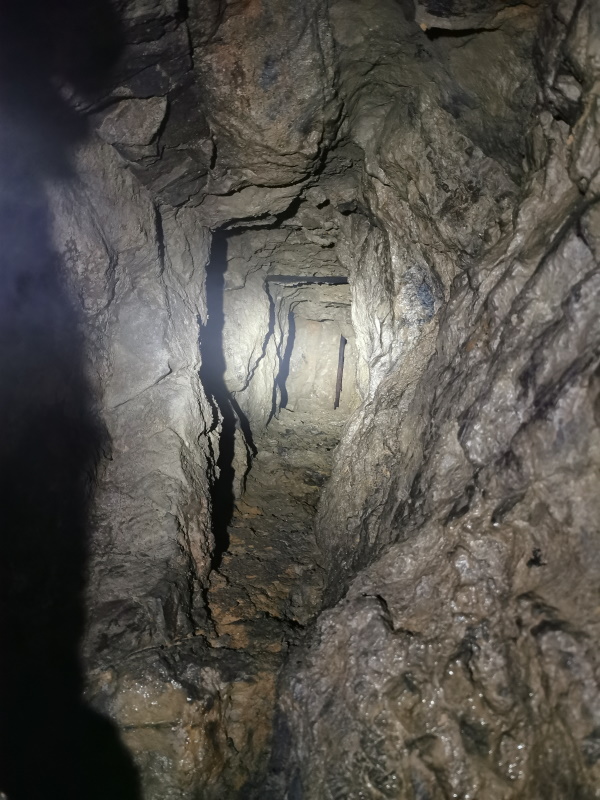 Looking up the climber

The plod out was nicely uneventful but proved to us all that actually pushing Sooty is starting to get a bit demanding for an evening trip. Let’s hope we can quickly smash through into Rocky Horror and get the round trip completed.