Quick "easy" trip tonight to fix the bendy ladder which connects Cussey to Doom/WW. Rob took the heavy bag whilst Dave and I opted for the scaffold poles. Dave got the better deal and had a shorter pole which made for easy haulage through the chokes but the longer bar which I had proved to slide much easier through Loper Lust where as Dave's lil' bar filled with mud.

Once at the ladder rob had intended to cut the old rusty bolts off and replace with shiny new ones with the aid of his grinder but en route to this section the cutting disc had snapped leaving it useless! Instead Rob placed some pins and we guided the scaff up and pinned this into place. Once the scaff was fixed the ladder was fastened to the scaff making it feel much safer although the movement off the ladder now creates a comedy squeeze at the top and the crawl off into Loper Lust. 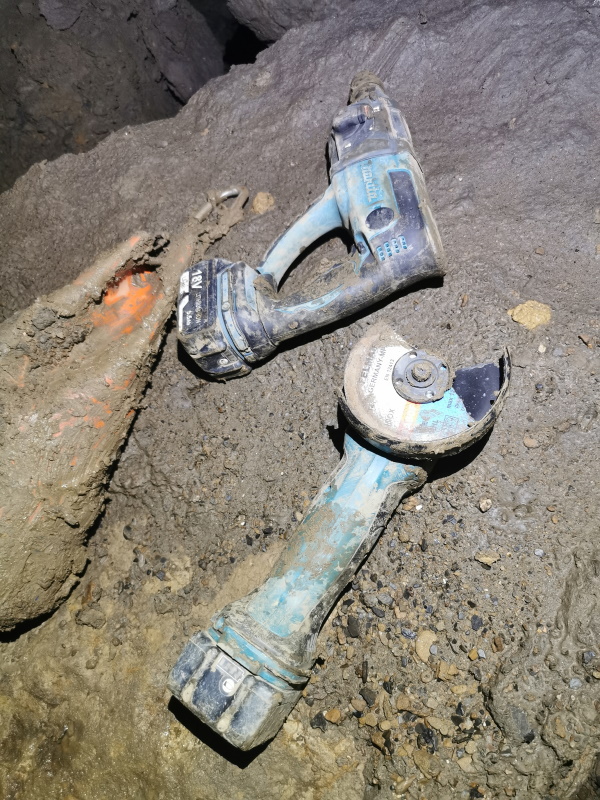 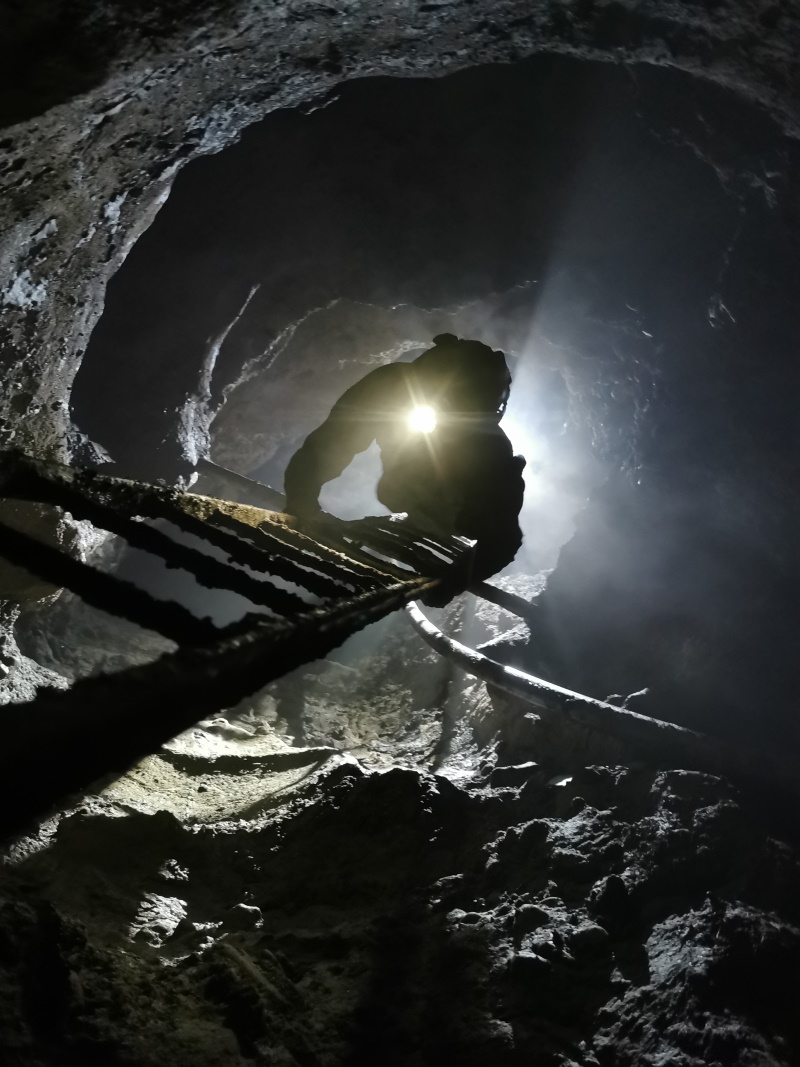 Whilst Rob was faffing with this Dave and I pushed one of his many great Doom leads. This one was a small roof cavity which was just out of reach. Dave and I decided to build a mound so that we could dig the cavity using an ancient artifact from the floor (currently left in situ) - unfortunately this lead didn't go as it was just a solution cavity but another one ticked off the list. 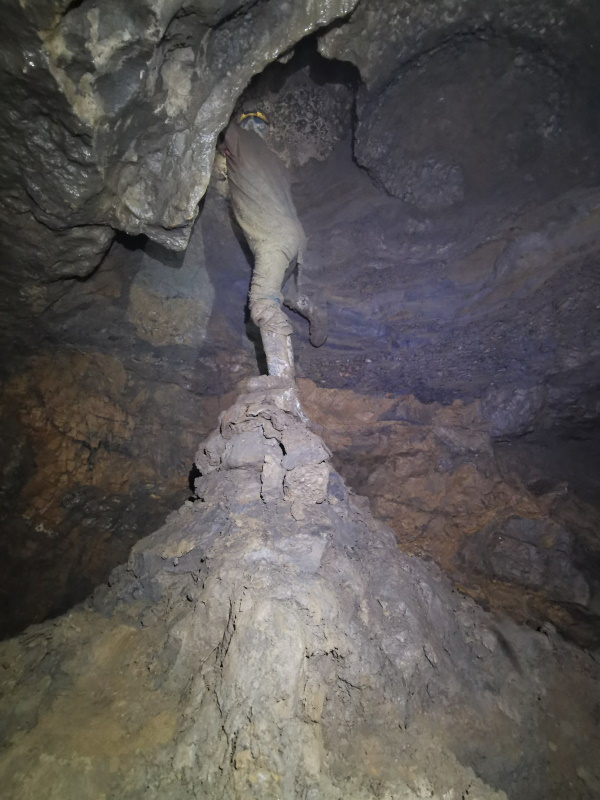 Steady trip out and Rob almost killed me at the ladder when he dropped the drill bag within a metre of my head down a 10m pitch! I think he was a little tired bless him so I offered to take the bag halfway up and managed to a get a photo of Dave in Coconut Airways.