Exciting reports in from our French Eldonite

Round the corner it got bigger :-)

Still it was pretty pretty and I'm sure if they could reach it the Mendipians would put a lot of ribbon on the ceiling.

More of a dog walk really than a serious prowl (As I was the only member of "Team Geriatric" present) but it yielded a fine result.

I decided for want of a better idea to follow the line on the surface the Riviere Pyrrhanalphabete inlet that lies some 100 metres below. At the upstream end on the survey it indicates a pitch up estimated to be around 40m that has never been climbed, It has to start somewhere! Sadly nothing significant was found as we followed down the hill however as the line crossed the re-entrant and started to head up the hill towards the Henne Morte I began to give up as the vertical distance between my feet and the inlet beneath was increasing dramatically. In the end I did and began an aimless traverse of the slope. Deep cracks in the karst were tantalising but revealed nowt of interest then true to form as it was decided to head back to the car I spotted a small opening  of about 6 inches in diameter which as I tried to extract a rock collapsed to open up a sizeable hole big enough to poke my head in. I could see about 6m (back to metric) to the floor of a passage which I would estimate to be 10m high by 4m across leading straight into the hillside. 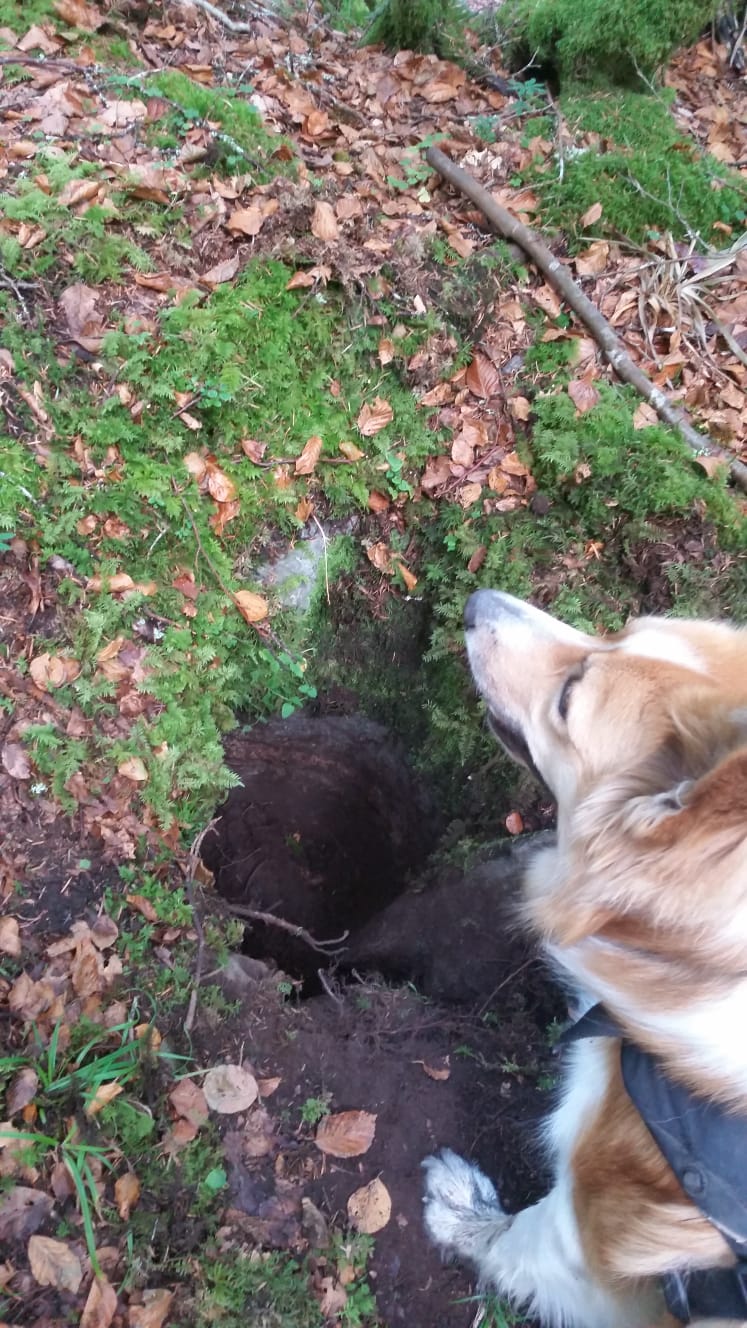 A bit more clearing of small stones, roots and earth exposed a massive lintel that looked as if it had been placed centuries before to block the entrance though probably not as I have never heard of this happening anywhere in the forest. 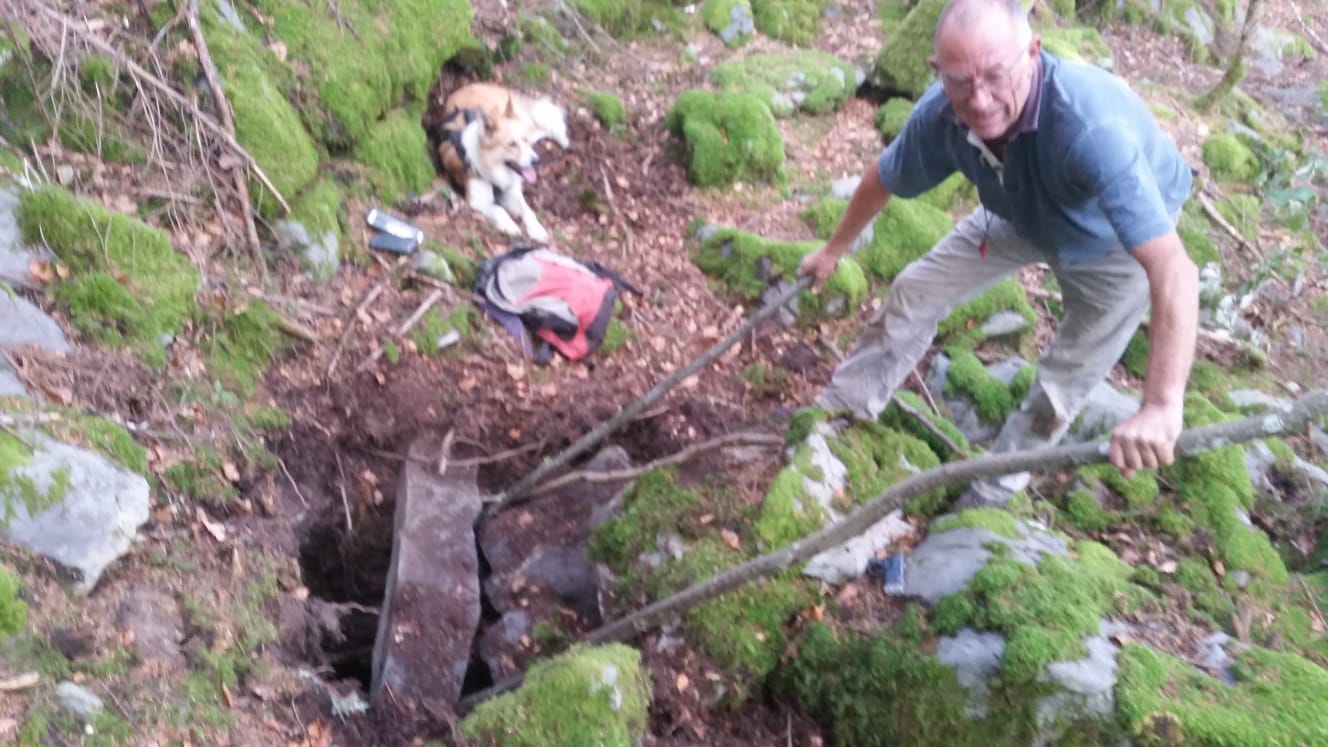 I cut a couple of stout branches and despatched the lintel into the hole leaving a perfectly adequate opening.

Now I have to wait till the end of the week before I can get back with rope and bolts to make the drop. I can see 20 or more metres to where the passage curves to the left and appears to descend out of sight. 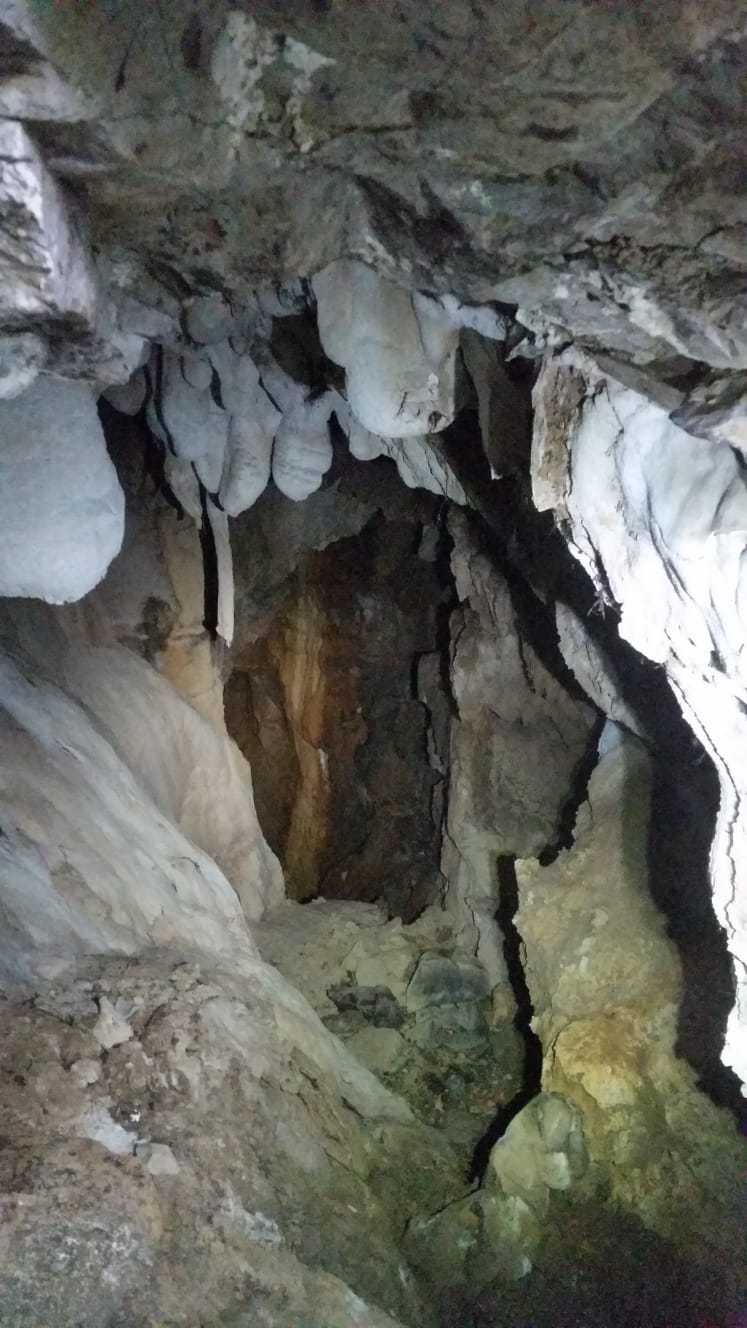 A Bit of a Disappointment

A Bit of a Disappointment