With a late night epic off the table due to the monthly EPC pub meet tonight, an assorted rabble  formed from various members of a triumvirate of Eldon dream teams – Awesome, Average and Girthsome - met at the Delph layby intending to make a quick recce into Nickergrove to assess the accessibility of the streamway and see if it looked like the Stoney mastercave.

Prebeers supped, a bit of catching up with Bog, followed by a quick stroll up the Delph, adorned as it is at this time of year by wild garlic and general lovely spring verdancy, wholesome conversation flowing and all feeling relaxed, I reflected on how fantastic it is to be back caving with such a wonderful bunch after my hiatus.

We nipped into the adit entrance, down the shaft and had soon assembled in the muddy chamber at the head of the ladder, where Rob was already at the bottom making a fairly rapid assessment of the connection. Specifically that the whole lot had collapsed and the tiny hole that remained looked a pretty impossible prospect for reopening. Although disappointing, it answered the question and meant that we’d be on our way out imminently. At this point my general happiness, and the now removed need to take anything seriously, burst over into general idiocy to the delight of Bog and Sam, and I suspect dismay of soulless Joe. No calls of ‘Jim STFU we can’t dig’ on this occasion, however.

Rob reappeared and showed us the video of his knees, followed by a collapse to the roof and aforementioned tiny hole over the top.

We headed back to the shaft, prusiking part-way up and into a hole in the wall, followed by a bit of crawling and a slither back down which Bog helpfully confirmed didn’t, after all, require the use of a descender to, well, descend.

Back to the Didsbury shaft, Jon took a couple of photos on the way out and into a warm, daylit evening while Rob derigged the pitch inside the mine. 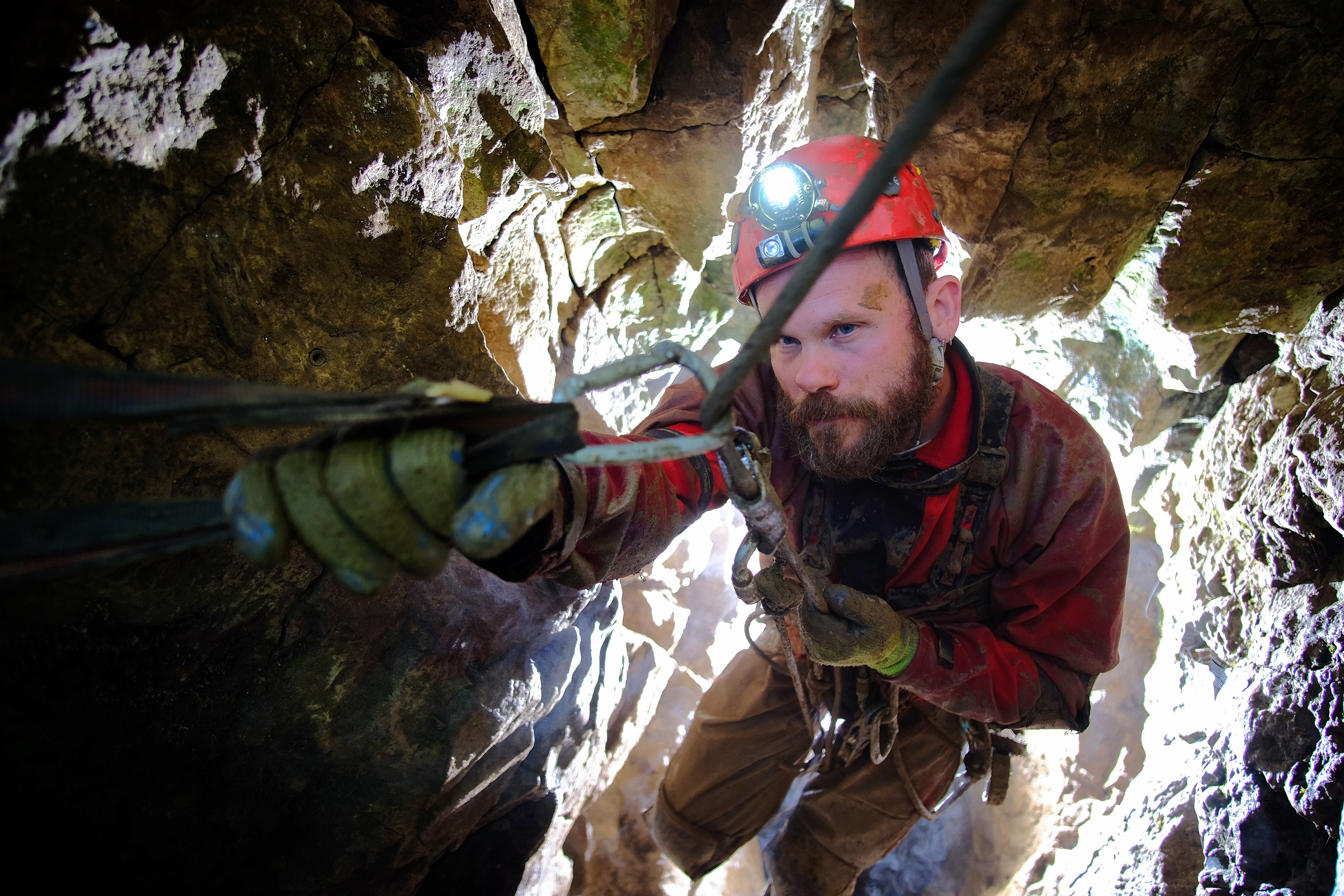 Straight up to the Anchor for important discussion about our choice of disposable lingerie made a pleasant end to a very social evening.