My plan was a simple and easy one. Head down Cussey, get a voice and maybe light connection between Draught Black and Black Draught, survey back and collect the tools whilst there, then go explore the West West more with fresh eyes. However a certain TA founding member had lesser ideas and spat out his dummy, asking for a change of scene. Fair enough I suppose after +12 months of hitting the same Cussey filth.

The new plan was to enjoy a sunny walk down to Intake Dale Mine and have a poke at some leads near the entrance. Pre-beers in the sun outside the Anchor were dangerous but we succeeded to leave, much to my surprise. It was in fact a nice change of scene walking down the Dale and we all reminisced at how good the entrance works and lid look. 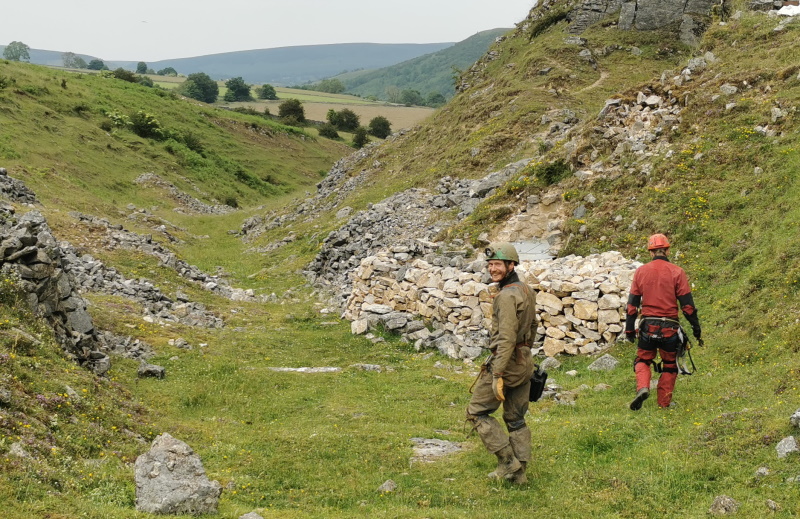 We went down to the rebelay about 25m down and up into the main rift heading off West. This is the way on to most of the newly rediscovered mine and cave, and the theory is that we may have missed something in the roof along the way. I spent a while freeclimbing about in the tall stope looking for draughting ways on whilst the other two took some photos below dodging the rocks I was dropping. After a while I got to the base of a tall climbing shaft which was a little too wide to bridge up. It felt like it was draughting up but it needs bolt climbing gear to safely scale, so I returned to the others. 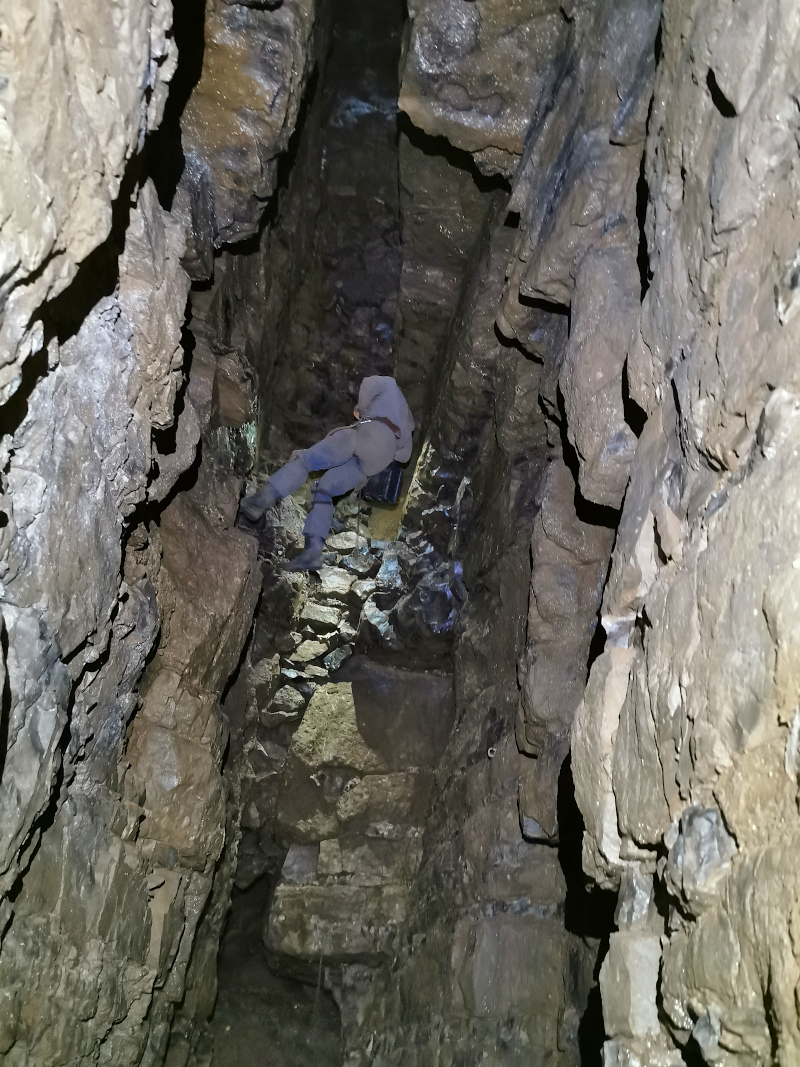 We then went further West to the head of the next pitch, which drops 6m into the Tap Room. This is hidden under a floor of delicately stacked stacks, a floor which you naturally walk along to get to the pitch. Not ideal. We derigged the rope then dropped the whole lot, which was great fun and brought back fond memories of HOG mine for all three of us. It is now much safer and easier to move through this bit, so a very worthwhile task. The fun finished we legged it out and comfortably made the Anchor. Pre and post beers in a pub. What a treat!