Just me and DaveH, his first trip into this half of Cussey. In their absence Jon and Luke had suggested a dig at the far end of Walsernice which i'd not spotted on the day we broke through. Armed with capping gear and pre-beers inside us we set off, Dave commenting that our photos didn't do Timewarp justice, which is high praise in a weird way.

The dig is situated at the far end of the rift, up a 3m climb to a roof passage that is bhocked by a big boulder. I was skeptical of the dig, mostly because i didn't see it first time and that Luke and Jon said we should dig it without them. Turned out on arrival that actually it did look pretty good, and even had a small outward draught. The boulder was indeed pretty big and it took quite a bit of capping and hammering to get it big enough to move. We had to be careful (unusual for us) because if it fell out of the passage it would potentially block our way down and out! 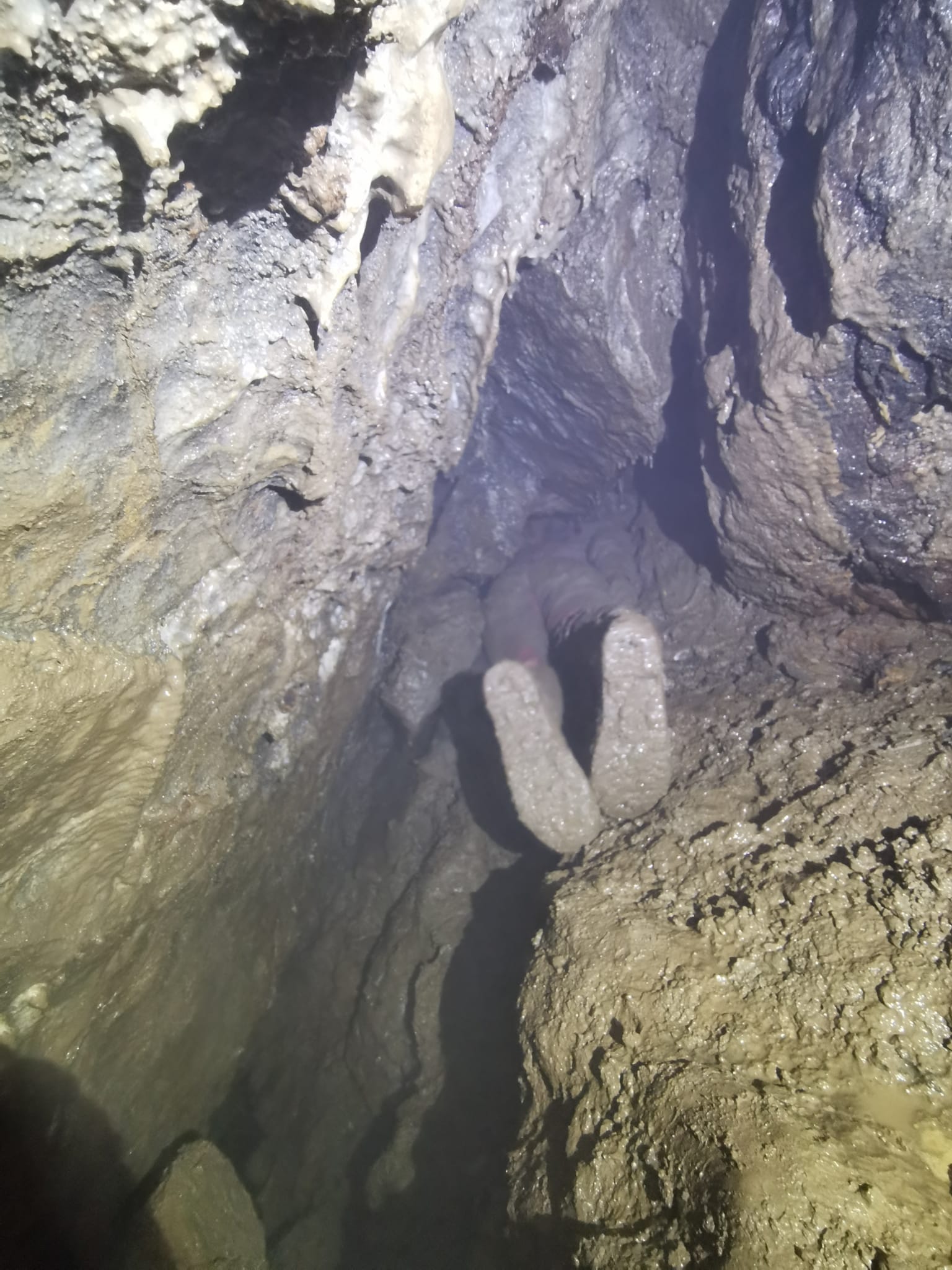 Once it was safely out of the way Dave then had a good clearout and found one more boulder in the way which i capped. Beyond this we could then see the well decorated roof continuing for a good few metres, sloping slightly downwards, but unfortunately the floor comes up to within a few inches. I can't decide if this is a horizontal passage or just a bit more of the vertical rift, but either way dig killed.