Not the big breakthrough we were hoping for, in fact just a muddy slop about in the muddiest bits of the cave. Just me and Jeff this week as Lukey Babes had prioritised his work and Jon was doing his best to dodge Covid at his work.

Swift pre-beers in the car and in we went. We surveyed our way through last week’s dig and to the Gloom Room, where we then drilled a stainless steel staple into the wall to assist climbing up into the passage found last week. We then continued the survey through to the end, and then went up and down this Gloomy Passage (?) to try to work the place out. Close inspection revealed a few more shot holes. How on earth had the miners accessed this passage, and why did they open it up!? Unfortunately it’s still hard to say, but my guess is that their point of entry was within the boulderchoke from above us, through a section that is now filled with smaller boulders than the rest of the choke. If so this is promising news as it suggests that the whole choke may not have moved since they were in there. This little collapse doesn’t draught and looks pretty horrific, so hopefully there’s another way around.

We then retreated back to the Gloom Room for a bit more poking about and Jeff found a new hole in the floor also giving a good draught but again looking like a long term project. By this point we were heavily laden with mud and beat a hasty retreat. At the top of Rocky Horror pitch I climbed off the rope into the choke heading East and could see a way through loose boulders into a continuation which may prove a route over the top and into the miner’s entry. That can be an objective for next week… 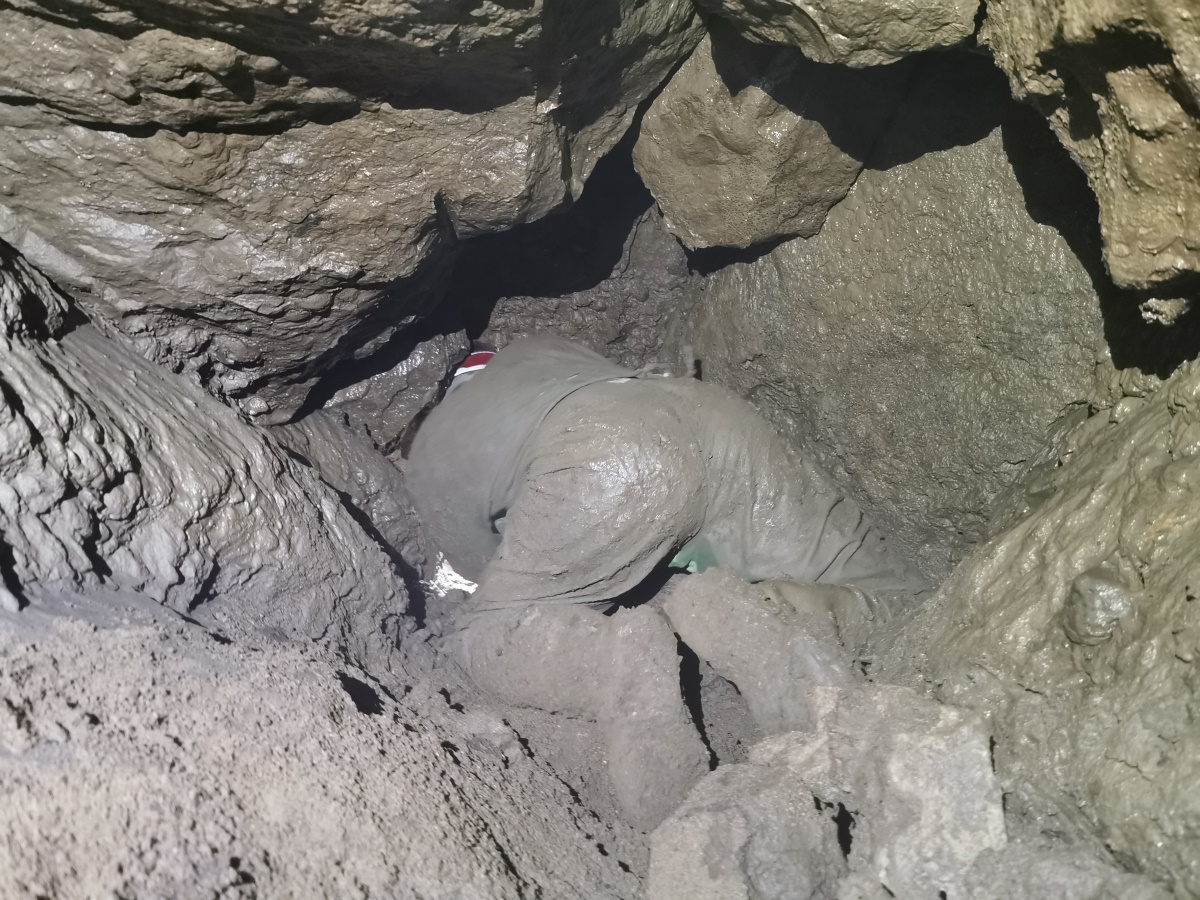